Oct 25, 2020 Has the Supreme Court Finally Become a Major Issue in a Presidential Election? 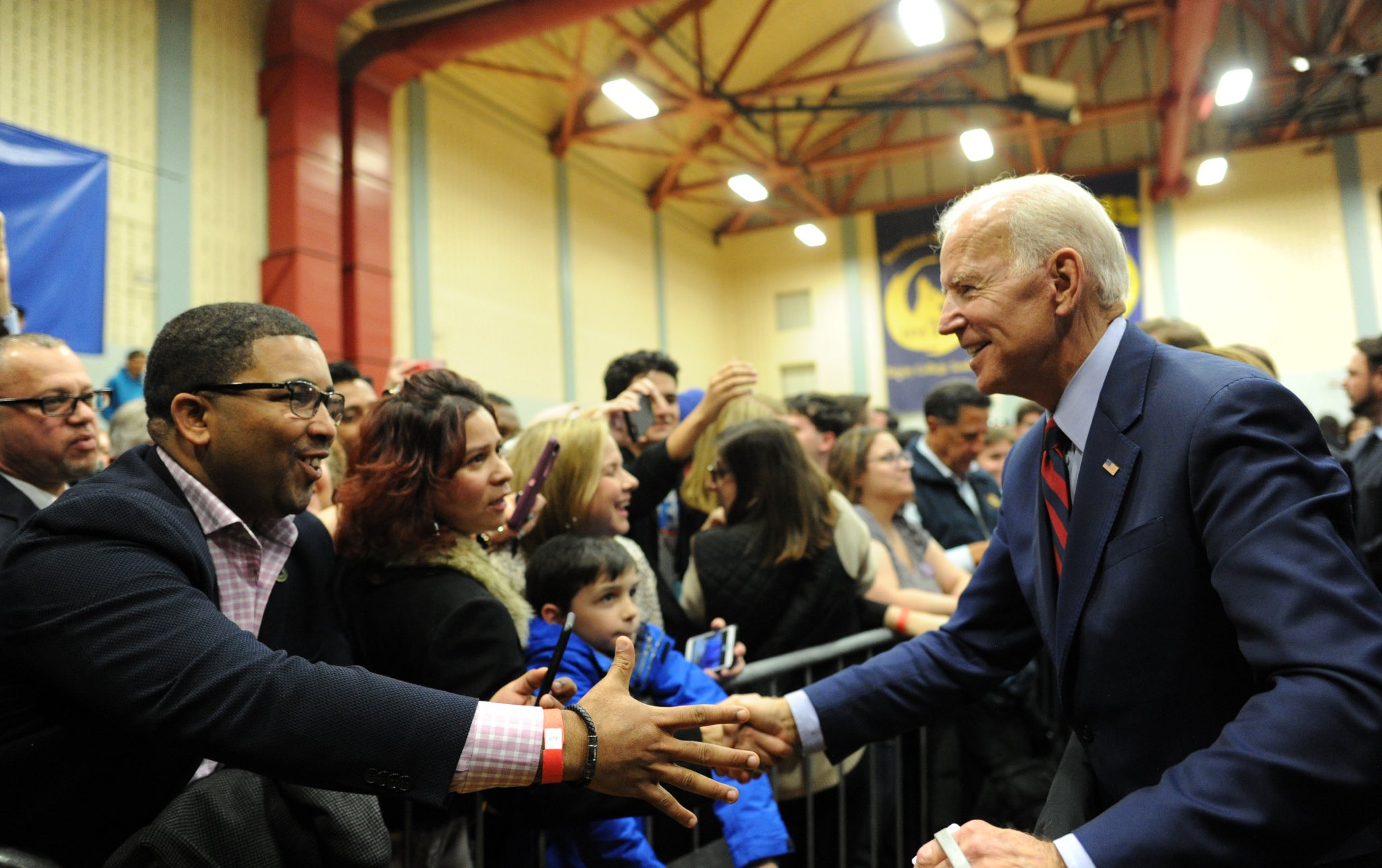 The U.S. Supreme Court has emerged as a significant election issue for the first time in more than fifty years. The death of Justice Ruth Bader Ginsburg and the nomination of Amy Coney Barrett has riveted the nation’s attention on the Court in a way that rarely if ever has occurred during a presidential campaign. Joseph Biden’s refusal to categorically deny that he is amenable to Court-packing, at least if Barrett is confirmed and he is elected, has the potential for further enhancing the importance of judicial issues in the upcoming election.

Although both major parties typically remind voters during every presidential election campaign that the election’s outcome will affect the Court’s composition, the Court rarely attains any traction as an election issue. Judicial issues tend to be too abstract and complex to engage the attention of voters, and there is never any certainty that a vacancy will occur within the next four years. Moreover, many voters may lack strong feelings about Court appointments because voters are not as ideologically polarized as are the Justices. Voters often have opinions on both the “liberal” and “conservative” sides of judicial issues.

This year, however, the Judiciary Committee’s hearings on Barrett have vividly reminded the nation of the President’s ability to influence countless politically charged issues through his power to nominate Supreme Court Justices. If the Senate does not vote on the nomination before the election, the outcome of the election is likely to directly determine whether Barrett will become a Justice since President Trump’s reelection would virtually ensure her confirmation, and Joseph R. Biden’s election would almost surely prevent it.

The Court also is shaping up as an important issue insofar as many Democrats are openly advocating legislation to add members to the Court if Biden is elected, particularly if Barrett is confirmed before the election. Court-packing, which had been virtually a taboo subject in American discourse since Franklin D. Roosevelt’s Court-packing plan went down in flames in 1937, reemerged early this year when several Democratic presidential candidates, particularly Pete Buttigieg, expressed at least tentative support for expanding the Court’s membership in order to restore a “balance” that they claimed has been lost as the result of appointments by Republican presidents that has provided a fairly solid five-to-four “conservative” majority. Although many Democrats and some Republicans also recently have revived interest in limiting the terms of Justices, limitation of tenure presumably would be difficult to achieve since this would require a constitutional amendment because the Constitution provides for life tenure. Since the Constitution does not prescribe the number of Justices, Congress can enact legislation to set the number, which ranged from five to ten before settling at the present nine in 1869.

The prospect of a six to three “conservative” majority if Barrett is confirmed naturally alarms Democrats, which is why Court-packing is quickly gathering support. Biden has refused to oppose the expansion of the Court’s size, even though he said last week that he “not a fan” of this idea. He first explained that he did not want to announce any plan during the campaign because he did not want this issue to distract attention from other issues, as it almost surely would do. On October 9, Biden rebuffed a reporter’s question about his intentions by exclaiming that voters did not “deserve” to know the details of any plan until after the election. Six days later, he retreated from this untenable position by announcing that he might announce his intentions before the election, depending upon the outcome of Barrett’s nomination. This equivocation presumably helps to pacify his liberal supporters, many of whom support Court-packing, while avoiding loss of support among more conservative Democrats and swing voters who might regard Court-packing as unduly radical. Meanwhile, Kamela Harris likewise has explicitly refused to say whether or not she favors the addition of more Justices. Republicans, including Trump, already have used Biden’s refusal to reject Court-packing as evidence of Democratic disrespect for judicial independence and the rule of law.

History warns that presidential candidates are wise to avoid any suggestion that they are trying to politicize the Court. During the late nineteenth and early twentieth centuries, when populists, labor unions, and progressives were dismayed by the Supreme Court’s decisions striking down economic regulatory legislation and restricting the activities of trade unions, at least three presidential candidates were damaged by their proposals to restrict judicial power. William Jennings Bryan’s criticisms of judicial decisions during the 1896 campaign provoked warnings by Republicans that Bryan sought to undermine judicial review and constitutional government. In 1912, former President Theodore Roosevelt’s third-party candidacy for the presidency was damaged by his radical proposal to allow voters to “recall” Supreme Court decisions that involved constitutional issues. In 1924, another strong third party presidential bid, this time by Robert M. LaFollette, suffered from assaults by both Republicans and Democrats on LaFollette’s proposal to permit Congress to overturn Supreme Court decisions by a two-thirds vote. LaFollette’s opponent accused him of undermining the rule of law and endangering the rights of ethnic and religious minorities.

Mindful of the political hazards of seeming to tamper with judicial power, Franklin Roosevelt carefully avoided any discussion of the Court during his campaign for a second term in 1936 even though the Court’s decisions striking down New Deal legislation had placed the Court on a collision course with the Roosevelt Administration. Although there was widespread speculation that Roosevelt would propose some kind of Court-curbing proposal if he won re-election, Roosevelt refrained not only from proposing any remedies but even from significant public criticism of the Court’s decisions. Emboldened by his landslide reelection, Roosevelt stunned the nation two weeks after his inauguration for a second term by proposing the addition of six more Justices. Roosevelt in turn was stunned by the massive opposition to his plan, even among many of the persons and groups who had strongly supported his recent reelection. Liberals and conservatives alike assailed the proposal for undermining judicial independence by politicizing the Court. Opponents warned that such politicization would jeopardize its role in protecting personal liberties and minority groups and helping to ensure the rule of law. Although advocates of the plan protested that it did not diminish the Court’s revered role in the American political system since it merely altered its composition and did not diminish its powers, opponents of the plan argued that political interference with the Court was even more dangerous to its role. After months of controversy, during which the Court undermined the plan by sustaining the constitutionality of important New Deal legislation, the Senate Judiciary Committee tabled the proposal. Antagonism against the plan probably hurt Democrats in the 1938 midterm elections and provided Republicans with fodder against Roosevelt when he sought a third presidential term in 1940.

The Court did not again emerge again as a major campaign issue until 1964, when Republican nominee Barry Goldwater assailed the Warren Court’s recent decisions expanding the rights of criminal defendants, prohibiting state-mandated prayers in public schools, and requiring the principle of “one person, one vote” in the apportionment of voting districts. Although Goldwater did not call for any institutional reforms, his misgivings about the exercise of judicial review helped Democrats to portray him as a dangerous radical.

In 1968, the decisions of the Warren Court were a lightning rod for criticism by Republican nominee Richard M. Nixon and American Independent candidate George C. Wallace. Unlike most previous presidential candidates who had criticized judicial decisions, Nixon carefully refrained from questioning judicial review or advocating institutional reforms, instead promising to nominate more “conservative” Justices. Nixon’s campaign was a watershed to the extent that candidates in every election at least until this year have emphasized the importance of the appointments process rather than advocating any structural reforms. Although judicial appointments have been continued to be an issue to at least some extent in every election since 1968, the Supreme Court has not again until this year figured prominently in campaign discourse.

Biden’s apparent flirtation with Court-packing seems likely to play into the hands of Republicans, who have been warning that Biden and Harris are dangerous radicals. Allegations that Biden is seeking to subvert judicial independence may be particularly incendiary since it complements Republican allegations that Democrats have aided and abetted lawlessness during the civil disturbances that have erupted since last May in many American cities. In particular, Republicans have alleged that Democratic mayors have not been sufficiently aggressive in repelling these disturbances, and Republicans have tried to make the most of efforts by some Democrats to defund or abolish police forces.

Republicans also might try to link Court-packing to Democratic support for virus lockdown measures, which many Americans believe are unconstitutional and lawless. Although many Republican officials, particularly governors, have instituted containment measures that are as draconian as those of their Democratic counterparts, there is a widespread perception that Republicans are more likely than Democrats to ameliorate the lockdowns.

On the Supreme Court, it was four Republican-appointed Justices – Thomas, Alito, Gorsuch, and Kavanaugh—who dissented last summer from the Court’s decisions refusing to enjoin orders by the Democratic governors of California and Nevada limiting attendance at places of religious worship, South Bay United Pentecostal Church v. Newsom (2020) and Calvary Chapel Dayton Valley v. Sivolak (2020). In May, the Wisconsin Supreme Court by a four-to-three vote ruled in favor of the Republican-dominated legislature’s constitutional challenge to a state official’s stay-at-home order, Wisconsin Legislature v. Palm (Wis. 2020). Early this month, the Supreme Court of Michigan held that many of the Democratic governor’s lockdown measures were unconstitutional under the non-delegation doctrine, Midwest Institute of Health, PLLC v. Whitmer (Mich. 2020). And a Trump-appointed federal district judge, in a decision that now is on appeal in the Third Circuit, held this month that the lockdown measures of the Democratic governor of Pennsylvania violate freedom of speech, freedom of assembly, due process, and equal protection, County of Butler v. Wolf (E.D. Pa. 2020).

The Court-packing issue also might help Republicans deflect widespread allegations by Democrats that Trump has governed in a lawless manner.

Republicans also are assailing Democratic proposals to increase the number of federal judges, although this is less likely to resonate with voters because there is considerable bipartisan agreement about the need for more federal judges in order to relieve an overburdened judicial system. Moreover, an increase in district and Court of Appeals judges would not change the dynamics of the lower federal court appointment process or interfere with the way in which lower federal judges perform their duties.

Even though Democrats almost surely would gleefully pounce on any proposal by Biden to pack the Court, it is not clear whether this would make much difference in an election in which the large majority of voters are believed to be firmly committed to one candidate and in which an unprecedented number already have cast absentee ballots. Moreover, the prospect of Court-packing may not dismay voters as much as it did in 1937 or even a few years ago insofar as leaders of both parties are saying and doing so much that would have been unthinkably outre until very recently that Court-packing may have lost much of its power to shock.

In any event, the upcoming deliberations on Barrett and any additional pronouncements on Court-packing by Biden will continue to provide the Court with a prominence that it has not had in an election campaign in a very long while.

William G. Ross is the Albert P. Brewer Professor of Law and Ethics at the Cumberland School Law of Samford University. He has published extensively about American constitutional law and constitutional history, including the judicial appointments process.