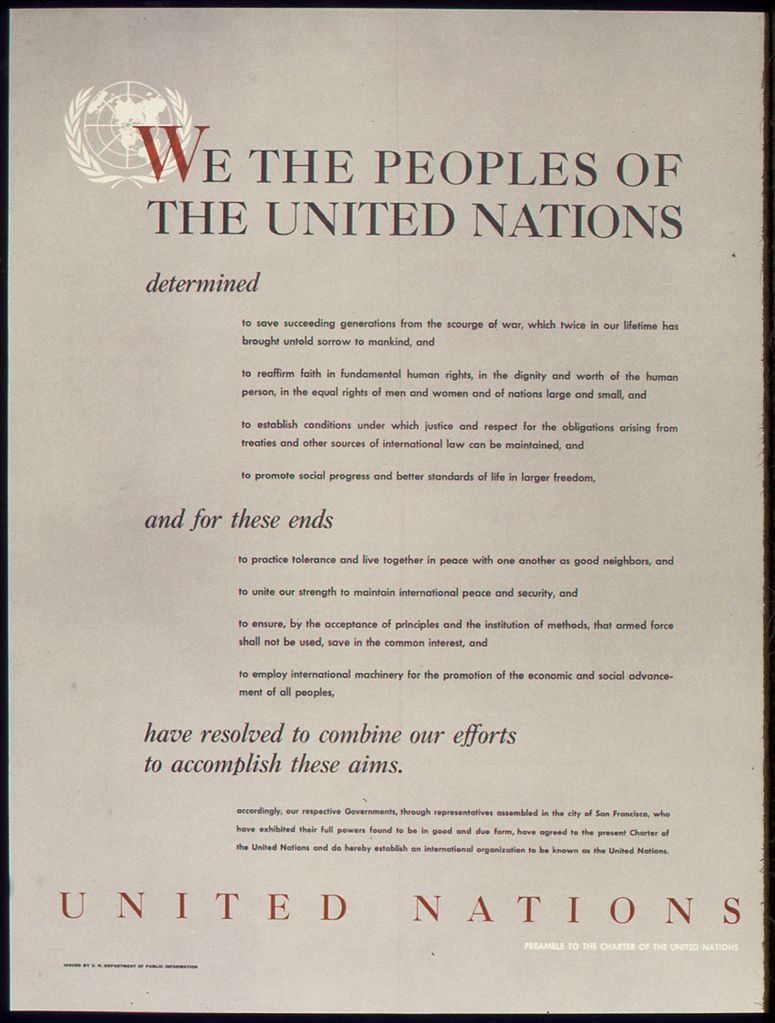 Counter-Terrorism, Martyrdom and the ‘Hunger of Immortality’: Re-defining the Relevance of International Law

Louis René Beres, a specialist on matters of nuclear weapons and world politics, analyses whether the ends justify the means while engaging in counter-terrorism…

“Nothing is real that is not eternal.”

Though inconspicuous and easily misunderstood, there is no conceivably greater power in world politics than power over death. On its face, this preeminent form of power is problematic (how, after all, can one human being ever offer eternal life to another?) and is contingent on an irrepressible “hunger of immortality.” Nonetheless, if one were to survey the current landscape of global Jihadist terrorist organizations – a landscape made more worrisome by the recent US defeat in Afghanistan and by expanding Sunni-Shiite polarities in the Middle East – the nexus between “martyrdom operations” and “life-everlasting” would appear firm.

For the United States and Israel in particular, it is high time to understand the following: Improved counter-terrorism is never just about tangible strategy and tactics. In all such generally time-urgent matters, there are corresponding and converging elements of law. More precisely, those far-flung Jihadist insurgents who would seek to justify violent attacks on Americans and/or Israelis in the “purifying” name of religious “martyrdom” are acting contrary to authoritative international law. This is because all insurgents, even those who very passionately claim a “just cause,” must satisfy longstanding jurisprudential limits on permissible targets and permissible levels of violence.

In pertinent jurisprudence, these matters are not complicated. Under binding international law, even the most “sacred” rights of insurgency exclude the intentional targeting of civilians and/or the use of force to inflict gratuitous suffering. Frequently quoted witticisms notwithstanding, all is not “fair in war.” Not at all.

As for “fairness in love,” that is a separate issue. Accordingly, we can leave the well-worn adages to others.

Still, the legal “bottom line” is plain: Violence is terrorism whenever politically-animated insurgents murder non-combatants, whether with guns, knives, bombs or automobiles.

Sometimes, martyrdom-seeking terrorist foes advance a discredited legal argument known as tu quoque. This argument stipulates that because “the other side” is allegedly guilty of similar, equivalent or even greater criminality, “our” side is necessarily innocent of legal wrongdoing. Jurisprudentially, any such disingenuous argument is always wrong and always invalid, especially after the landmark postwar judgments of the Nuremberg (Germany) and Far East (Japan) ad hoc tribunals. Reciprocally, tu quoque arguments can never be used as a properly valid justification by any nation-state’s counter-terrorist authorities.

There is more. For both conventional armies and insurgent forces, the right to use armed force can never supplant the “peremptory” rules of humanitarian international law. Such primary or jus cogens rules (rules that permit “no derogation”) are normally referenced as the law of armed conflict or the law of war. Moreover, these synonymous terms concern state and sub-state participants in any armed conflict.

Endlessly, and without a scintilla of law-based evidence, supporters of terror-violence against non-combatants insist that “the ends justify the means.” Leaving aside the ordinary ethical standards by which any such argumentation must be dismissed prima facie as corrupt or indecent, the ends can never justify the means under binding international law. Further, there can be no defensible ambiguity regarding this significant conclusion.

For more than two thousand years, variously unassailable legal principles have specified that intentional violence against the innocent is always prohibited. This universal prohibition applies with equal validity to counter-terrorism operations, even those expressing manifestly moral and legal foundations. Under no circumstances can any nation’s counter-terrorism authorities be permitted to disregard the ordinary minimum standards of global human rights law. This is the case even when pertinent insurgent adversaries (individually or collectively) have been pre-designated as “terrorists.”

Prima facie, no such preemptive pre-designation can ever be exculpatory with regard to collective or arbitrary arrest, inhumane prison conditions, or the basically immutable human right to file an appropriate legal appeal.

Empty witticisms can never make binding law. In law, whether codified or customary, one man’s (or woman’s) terrorist, can never be another man’s (or woman’s) “freedom-fighter.” Although it is certainly correct that insurgencies can sometimes be judged lawful or even law-enforcing (consider American revolutionaries of the 18th century or Jewish anti-British insurgents of the mid-20th century), even allowable resorts to force must conform to the humanitarian laws of war.

Whenever an insurgent group resorts to manifestly unjust means, its actions constitute terrorism. Even if adversarial claims of a hostile “occupation” were to be accepted as entirely reasonable (e.g., Israel and the Palestinians), corollary claims of entitlement to “any means necessary” would remain patently false. As has been long-established under international law, most explicitly at Hague Convention No. IV: “The right of belligerents to adopt means of injuring the enemy is not unlimited.”

International law cannot be shaped or articulated ad hoc. Always, it has specifically determinable form and content. It cannot be casually invented and reinvented by terror groups or by “non-member observer states” (the Palestinian Authority) to justify selectively adversarial interests. This is especially the case where terror violence intentionally targets a designated victim state’s most fragile and vulnerable civilian populations.

There is more. National liberation movements that fail to meet the test of just means can never be correctly protected as lawful or legitimate. Even if relevant law were somehow to accept the questionable argument that certain terror groups had fulfilled the valid criteria of “national liberation,” (e.g., Iran-supported Hamas or Hezbollah), these groups could still not satisfy equally relevant legal standards of discrimination, proportionality, and military necessity. These enduringly critical standards were applied to insurgent or sub-state organizations by the common Article 3 of the four Geneva Conventions of 1949, and (additionally) by the two 1977 Protocols to these Conventions.

Standards of “humanity” also remain binding upon all combatants by virtue of certain broader norms of customary and conventional international law, including Article 1 of the Preamble to the Fourth Hague Conventionof 1907. This rule, commonly called the “Martens Clause,” makes all persons responsible for the “laws of humanity,” and for the associated “dictates of public conscience.” There can be no exceptions based upon a presumptively “just cause.”

Under law, terrorist crimes mandate universal cooperation in both apprehension and punishment. Inter alia, as punishers of “grave breaches” under international law, all states are expected to search out and prosecute, or extradite, individual terrorists. In no conceivable circumstances are states permitted to regard terrorist “martyrs” as forgivable or exculpable “freedom fighters.”

This is emphatically true for the United States, which incorporates international law as the “supreme law of the land” at Article 6 of the Constitution and which was formed by its Founding Fathers according to timeless principles of Natural Law – principles largely originating in the Hebrew Bible. Though generally unrecognized, core legal authority for the American republic was derived from William Blackstone’s justly famous Commentaries.

Ex injuria jus non oritur. “Rights can never stem from wrongs.” Even if adversaries of the United States and Israel continue to identify the most recalcitrant jihadist insurgents as “martyrs,” such treatment could have no exculpatory or mitigating effect on attendant terrorist crimes. These Jihadist foes are animated by the most plainly compelling form of power, the power of immortality or power over death. Inevitably, power over death will trump all other kinds of power, including those tangible forms based on aircraft carriers, missiles or variously other advanced weapon systems.

Always, for both Washington and Jerusalem, a primary orientation of law-based engagement in counter-terrorism should coalesce around enemy attractions to “power over death.” For certain of these enemies, we have just seen, nothing is conceivably more real than what is “eternal.” At the same time, neither Israel nor the United States should ever presume that egregious terrorist crimes automatically justify absolutely any forms of response.

In correct legal assessments of terrorism and counter-terrorism, the ends can never justify the means. Going forward, the real task will be to operationalize this primary understanding in both insurgent and counter-insurgent calculations. This could happen, but only if the persuasiveness of international legal norms can first reinforce the incomparable promise of “power over death.”

Louis René Beres (Ph.D., Princeton, 1971) is the author of many books and articles dealing with nuclear weapons and world politics. In Israel, he was Chair of Project Daniel (2003). Professor Beres’ most pertinent scholarly writings can be found at Israel Defense and in the Harvard National Security Journal (Harvard Law School); The International Journal of Intelligence and Counterintelligence; The Brown Journal of World Affairs; Yale Global Online; The Bulletin of the Atomic Scientists: Parameters: Journal of the U.S. Army War College; JURIST; The War Room (Pentagon); Modern War Institute (West Point); The Israel Journal of Foreign Affairs; World Politics (Princeton); The Jerusalem Post; International Security (Harvard); and Oxford University Press (Oxford Yearbook of International Law and Jurisprudence). Dr. Beres was born in Zürich, Switzerland, at the end of World War II. His twelfth and latest book is Surviving Amid Chaos: Israel’s Nuclear Strategy, Rowman & Littlefield, 2016 (2nd ed., 2018).

Louis René Beres, a specialist on matters of nuclear weapons and world politics, analyses whether the ends justify the means while engaging in counter-terrorism… “Nothing is real that is not eternal.” Miguel de Unamuno, Tragic Sense of Life (1921) Though inconspicuous and easily misunderstood, there is no conceivably greater power in world politics than power…

Tags: Counter-Terrorism Martyrdom and the ‘Hunger of Immortality’: Re-defining the Relevance of International Law